Can you do one thing at a time? 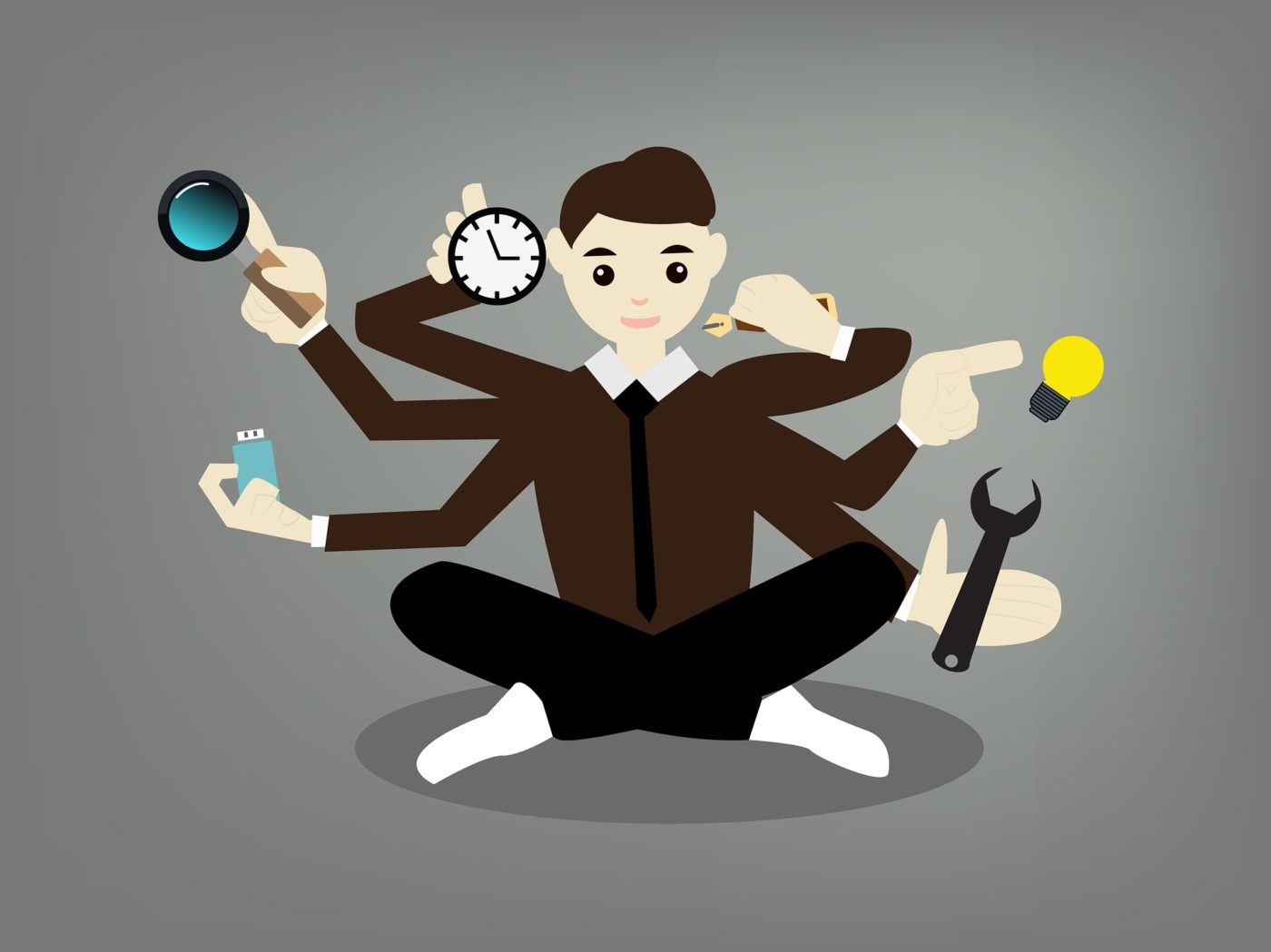 Here's something to ask yourself: can you do one thing at a time? For instance, can you ride a bus and only ride the bus? I mean doing so without simultaneously checking your Facebook, listening to music, having a phone conversation, or reading a news article. Can you simply ride the bus?I find it incredibly difficult to button one of my dress shirts, for instance, without trying to do something else simultaneously. It happens far too often that I button half the buttons on my shirt, then walk over to the living room to address something that popped into my mind while buttoning. I might water the plants or clear out the dishwasher. Then when I realize that I'm walking around with a half-buttoned shirt, I feel ridiculous!In one of his wonderful talks, Alan Watts said something to the effect of "Zen is sweeping the floor when you're sweeping the floor". I don't claim any personal knowledge of what Zen is, but I understand this idea—sometimes a task requires hardly any effort at all when you give it your full attention. Conversely, the simplest things, such as buttoning your shirt or tying your shoelaces, can be maddeningly difficult when you're just trying to get them over with.Things reach a new level of difficulty once you realize that thinking is a form of doing too. Can you do something without thinking about another thing at the same time? For instance, can you shower without mulling over important decisions you'll need to make and without making mental lists of all you want to accomplish that day?It's trendy to observe that the world is moving quickly and to suggest that you can find more peace or calm if you slow down. So you might imagine that life will be better in some way when you do one thing at a time, which is really a form of slowing down. I don't think that's necessarily true. For instance, your job might ask you to keep an eye on several processes at once and being able to do so might be a big part of the value you add to your employer. In that case, it's useful be able to do several things at once.But I do think it's important to have the skill of doing only one thing at a time so that you can do it when you want to. Maybe that's when you want to enjoy a beautiful moment rather than worrying about something unrelated. Or maybe that's when you want to calm yourself down before an event that makes you nervous, such as speaking in front of a group. Either way, if you're not used to doing one thing at a time, you can make those moments more difficult than they need to be. So try doing one thing at a time. If you can't do it, it might be worth considering how you can add this skill to your toolbox.

Join the 1,800 subscribers who receive my weekly article on productivity in their email inbox.